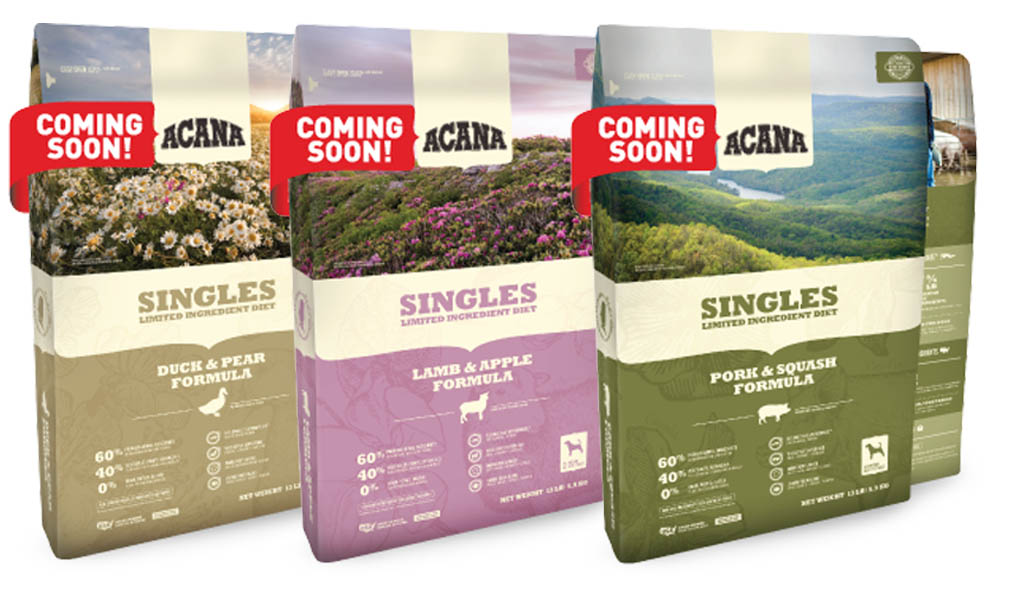 The Acana Singles Formulas will be changing beginning this Fall, approximately late September / early October. The formula changes are being done in order to make the food a more limited ingredient diet, rather than just a single meat diet. The most noticeable differences will be:

The Lamb formula will also now be supplemented with taurine. I see this as a good thing because Lamb tends to lose significantly more taurine when cooked than other meats.

If your dog eats the Singles formulas exclusively or is prone to having a sensitive belly with diet changes, we recommend transitioning over a period of a few days by mixing the old with the new once the new formula changes are released. We will stock the current formulas as long as possible in order to make the transition easier for everybody.

These changes will take effect for the Duck, Lamb, and Pork formulas. The Acana Singles Mackerel formula is being discontinued, but not until near the end of the year. Once that formula is discontinued Acana will not be producing a limited ingredient fish formula. At least for now.

Please contact us if you have any questions about the changes. You can also view the formula changes on Acana’s website.